To compare the promotional materials and looks of the logos, review the Complaint filed by Disney. Make your own decision as to whether Phase 4 Films replicated the trademark logo and look of Disney’s Frozen. Phase 4 Films may have hoped to rely on the fact that the title of a single creative work can not receive federal trademark protection and it may have overlooked the other legal protections available. See Trademark Manual of Examining Procedure (TMEP) §1202.08. However, a name of a series of creative works can be registered with the United States Patent & Trademark Office (USPTO) under TMEP §1202.08(c).  For example, the series titles of the Star Wars movies could seek protection while the single title of the movie Titanic could not. 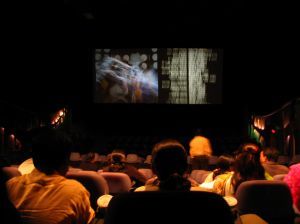 The next logical question is how can the single title of a creative work be protected under the law? One means of protection would be to include a cause of action for unfair competition under §43(a) the Lanham Act in your federal complaint, if appropriate. See Lanham Act §43(a) 15 U.S.C. §1125(a). Disney included an unfair competition action in its lawsuit against Phase 4 Films. Keep in mind that this is a difficult case to prove because you must show that the title achieved secondary meaning. This usually requires demonstrating high advertising expenditures, significant media coverage, and consumer surveys. One may also consider filing for a state trademark registration as a means of protection. The registration process is much simpler than the federal process and its filing fees are lower. There is also no established legal mechanism to cancel a state registration. If you want to challenge a state trademark registration, you must file a civil action. Lastly, a state registration will have a strong deterrent effect on third parties because the state registration will appear in trademark search reports.

An alternate course of action would be to register the movie title for merchandise in various international classifications with the USPTO. Once you own a federal trademark registration for the movie title for associated merchandise, and a third party uses a similar trademark, then the legal question will be are the goods related in some manner, or the conditions surrounding their marketing such that they could be encountered by the same purchasers under circumstances that could give rise to the mistaken belief that the goods and/or services come from a common source. Of course, you will receive the broadest type of legal protection if you can register the title for a series of creative works. This may be possible through the U.S. intent-to-use system of  trademark registration. As long as you have a bona fide intent-to-use the title/trademark on a series of works, you can file an intent-to-use trademark application. See our blog post entitled How Do Intent-To-Use Trademark Applicants Document Their Bona Fide Intent? for how an intent-to-use trademark applicant can document its bona fide intent.

Maintaining proper documentation of your bona fide intent-to-use is critical to maintaining your trademark rights should there be a third party challenge. However, for book and movie applicants this will not be difficult to document because promotional activities and market research are acceptable means of demonstrating your intent. Similar to the state registration, a federal trademark application will appear in trademark clearance searches and act as a powerful deterrent to third parties, even while you are working towards bringing your series of creative works to the marketplace.

Disney was quick to file a lawsuit against Phase 4 films, and employed two of the tactics discussed in this post. Disney included an unfair competition cause of action under the Lanham Act. It also relied on its merchandising trademarks in its trademark infringement cause of action, rather than attempting to rely on common law trademark rights to a single title to a creative work. The parties settled the case on January 17, 2014. Phase 4 Films can no longer use the title “Frozen Land” to market its film originally known as “The Legend of Sarila” and it must make reasonable efforts to remove the copies from stores and other distribution facilities. Phase 4 Films was also ordered to pay Disney $100,000. In  my opinion, Phase 4 Films received just a slap on the wrist because this was a blatant demonstration of unfair competition by the unashamedly copying of Disney’s movie title, artwork, logo, and marketing. If you have a title to a creative work and need to know what type of legal protection is available, kindly contact one of our NY trademark attorneys for a courtesy consultation.