COVID-19 Notice: We Remain Here For You. Learn More.

A recent decision from the TTAB (Trademark Trial and Appeal Board or the Board) provides us with further guidance in an area that can be fraught with subtleties in trademark law. See In re Nature’s Youth, Inc., Serial No. 85747419 (March 13,  2014) [not precedential]. Here, the Examining Attorney did not submit enough evidence into the record to support its decision of refusal of the trademark application. The Board found that there was insufficient proof on the prong of “materiality”.  The TTAB could not uphold a refusal to register the mark based on the mark  being primarily geographically and deceptively misdescriptive.

The Applicant in this case is Nature’s Youth Inc. and it filed a trademark application with the United States Patent & Trademark Office (USPTO) to register the mark NY for cosmetics, face creams, and lotions for cosmetic purposes. The Examining Attorney refused the application on three grounds: (1) the mark was geographically deceptive; (2) the mark was primarily geographically deceptively misdescriptive; and (3) failing to comply with a request for information concerning the goods. The Applicant appealed this decision. 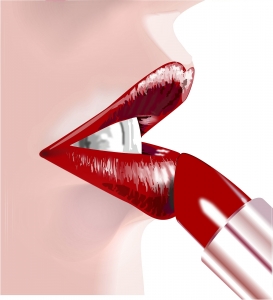 The test for determining whether a mark is either geographically deceptive or primarily geographically deceptively misdescriptive is the same.  See TMEP 1210.05(b) for the elements of a §2(e)(3) refusal. The Examining Attorney must submit proof into the record to demonstrate four criteria. The first is that the primary significance or meaning of the mark is generally a known geographic place. The TTAB agreed with the Examining Attorney on this prong. The Board held that “consumers viewing applicant’s proposed mark NY on or in connection with the identified goods will understand this as an abbreviation for New York.” See In re Nature’s Youth, Inc., Serial No. 85747419 (March 13, 2014) [not precedential].  Although the Applicant submitted evidence to show that the term “NY” had different meaning other than New York, the meanings were obscure and had no relationship to the goods identified in the trademark application.

The Examining Attorney must also prove that the goods or services do not originate in the place identified in the mark. The Examining Attorney requested that the Applicant provide additional information as to whether the goods would be manufactured, packaged, or shipped from New York or if there was another connection with New York. The Applicant failed to submit a response. As a result, the Board made a presumption that a response would be unfavorable to Applicant’s case. The Board held that the second element was satisfied. The goods did not originate in New York.

The third prong of the test requires the Board to determine whether there is a relationship between New York and Applicant’s goods such that consumers are likely to believe that the identified goods emanate from New York. This prong requires a low threshold of proof. The Examiner is only required to show that the relevant consuming public acknowledges the geographic place as a known source of the goods. The Examiner’s evidence demonstrated that several of the world’s largest beauty companies are located in the borough of Manhattan in the state of New York. Based on this evidence, the Board concluded that the geographic place is a known source for cosmetics.

The last factor that must be proven by the Examining Attorney is that the misrepresentation that the products originate in New York would be a material consideration to a substantial portion of relevant consumers when deciding whether or not to purchase the goods. As mentioned earlier, the Examining Attorney submitted limited evidence and this worked to his disadvantage. The Examiner was not able to prove that New York is famous for cosmetics, nor did he show that cosmetics are a traditional product of New York. The Board concluded that although Applicant’s mark may lead consumers to believe they originate from New York, the Examiner failed to prove that this would be a material consideration when purchasing Applicant’s goods. Therefore, the Examining Attorney only met three of the four requirements. In conclusion, the TTAB could not find that the Applicant’s trademark was primarily geographically and deceptively misdescriptive. However, the Board still affirmed the Examiner’s refusal of the mark NY based on the Applicant failing to comply with the information requirement. Without the requested information, the application could not be properly examined.

There are multiple reasons why an Examiner may refuse your trademark application. If the trademark application is refused an applicant is issued an Office Action. We counsel our clients to review their respective trademarks along with the goods and/or services with us so we can analyze the potential refusal grounds in relationship to their marks. Whether a mark is primarily geographically descriptive or primarily geographically and deceptively misdescriptive are matters you should discuss with trademark counsel. If you have any questions concerning a proposed trademark or a registered trademark, please feel free to contact one of our New York trademark attorneys for a courtesy consultation.